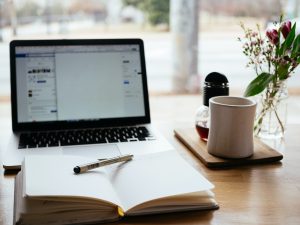 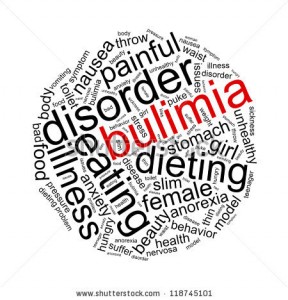 Struggling with symptoms of bulimia is extremely harmful to a person’s physical and mental health. Those who suffer often do not ‘appear’ to have an issue with food and thus do not believe they deserve support or treatment. Unfortunately, this results in years of silent suffering until they finally cannot take being on this emotional roller coaster any longer. Often, bulimia begins with a desire to lose weight and thus will begin to diet. The restriction of meals while dieting (usually taking place during the day) will lead to binge-like behaviors in the evening. Guilt and critical thoughts citing low willpower ensues due to falling off the ‘diet bandwagon’, and the torturous cycle of restriction begins all over again the next day.

According to the DSM-5 criteria, to be diagnosed as having Bulimia Nervosa a person must display:

Often, but not always, individuals with eating disorders have other symptoms and problem that are not part of the diagnostic criteria for their eating disorder. It isn’t uncommon to see in bulimia symptoms such as:

No single approach to eating disorder treatment will work equally for everyone. The right method of treatment depends on an individual’s strengths, goals and the nature of their eating disorder. If you or someone you know is suffering from bulimia, binge eating, or exercise addiction, the first step is to talk about the problem and seek the guidance of an eating disorder therapist and medical professional as soon as possible.

With any treatment plan it is important to explore the behavioral symptoms and any underlying issues that may have caused or serve to perpetuate the eating disorder. Research supports that individuals with eating disorders can become fully recovered.